The changing landscape of global internet in 2022 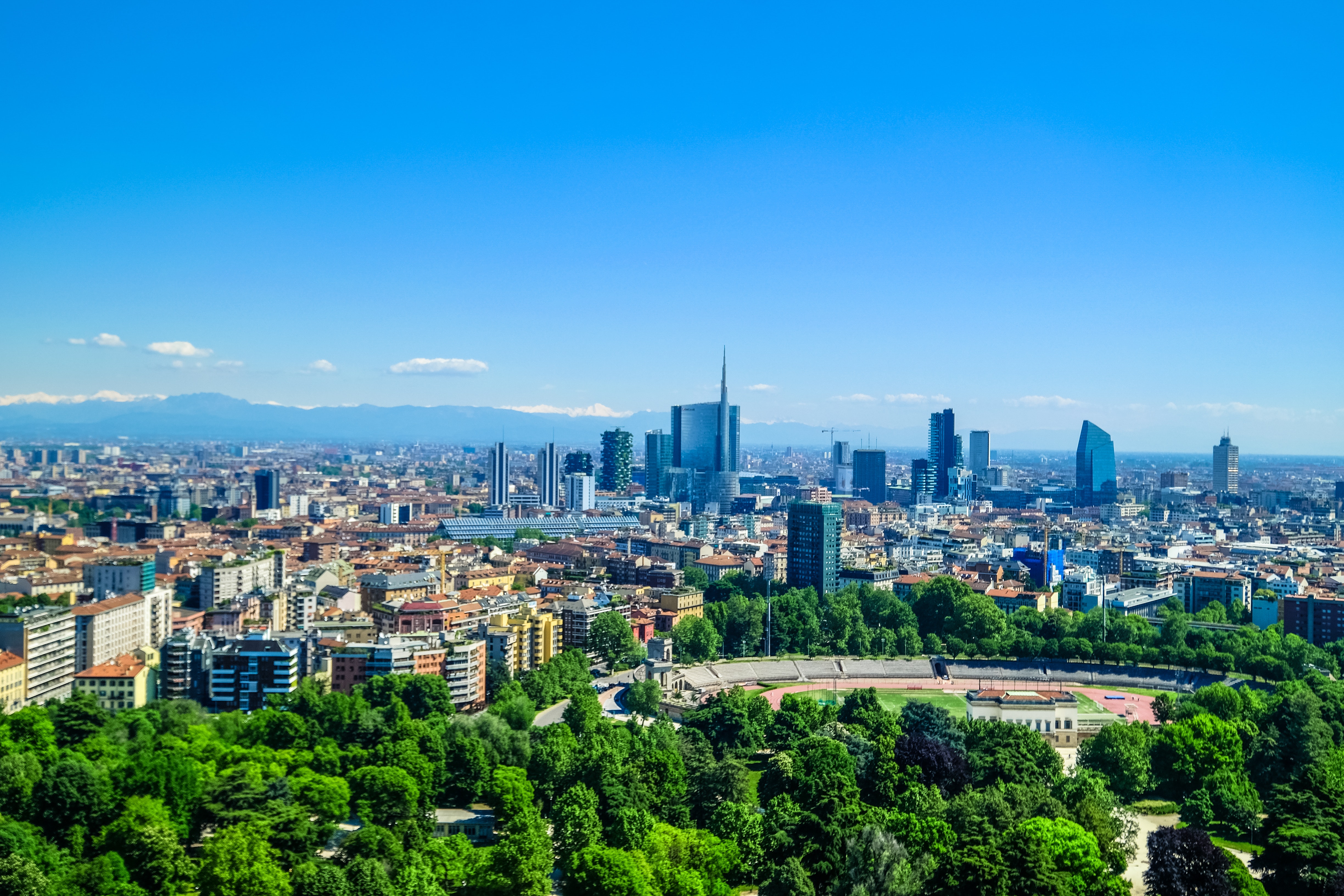 Fortunately, Expereo's decades-long experience in Internet connectivity solutions offers a rare insight into the next evolution of the Internet, called Web3. As yet it’s unsure when (or if) Web3 will become an everyday reality. But as you’ll see in this article, Expereo will be ready.

From one to three: the web so far

Purists might disagree with the importance of the web’s start date, since the internet existed long before—and the web couldn’t exist without it. But among non-techies, three dates matter.

Some would claim 1989 to be the birth of “Web 1.0”, when Tim Berners-Lee created HTML. (Geekspeak: HTML would occupy the sixth layer in the traditional OSI networking model, the “presentation layer”.) But the real launch date of Web 1.0 was 1991, when Berners-Lee published the first public page and the web arguably became usable by non-technical people.

Other claims run as late as 1994 when the first banner ad appeared on WIRED’s website—giving the web its first commercial proposition. But whatever you choose, the first iteration of the World Wide Web (remember typing www?) embedded core characteristics: published pages of information at named web addresses, with hyperlinks connecting them.

Millennials, born after 1980, barely remember that first web. And Zoomers, born since 1997? Not at all. But Web 1.0 kicked off years of innovation amid browser wars and battles over HTML standards, eventually giving way to the web we know. This “Web 2.0”, with its secure logins, dynamic applications, streaming media, transactional APIs, and database-backed pages make up the business-focused, data-rich experience we enjoy today.

Web 2.0’s growing appetite for data, of course, drove other business needs—especially for fast connectivity to this wonderful resource, a need answered by Expereo among others. Bandwidth requirements grew exponentially. (And are still growing.) But in addition to bandwidth, businesses needed greater reliability, availability, and security.

As businesses transformed from “users of their data” to being “defined by their data”, various flavors of “private internet” entered the market. Some were entirely dedicated to connecting the offices of one company into a private network, as with MPLS. Others mixed private infrastructure with public, leveraging Virtual Private Networks (VPNs) over commodity internet.

And as cloud and SaaS have become the go-to standards for modern enterprises, so has the need to leave private networks and use public infrastructure for more direct connectivity to the cloud. This has made IP-route optimization and SD-WAN the pre-eminent choice of companies looking for the best of a private network (including security and visibility) but over public internet infrastructure.

That’s the sweet spot for most businesses—and therefore Expereo—today. Because our technologies and methods improve the customer experience further. Factors include significant improved connectivity to cloud, large increases in bandwidth, and reductions in operating cost., all with the service availability and security SD-WAN is known for. Expereo is front and center of this development, with its Cloud Acceleration and SD-WAN-Gateway technologies.

For example, Expereo’s Cloud Acceleration ensures constant underlay optimization, ensuring the best route to IP and cloud destinations, while providing extreme resiliency of Internet connectivity. Expereo SD-WAN and SD-WAN Gateways build on this technology to connect offices and employees to resources in datacentres and the cloud, securely and privately.

In addition to our own IP core, Expereo has unique relationships with ISPs worldwide, using its intimate knowledge of global internet traffic patterns to resolve hundreds of problem cases arising from the asymmetric nature of IP connectivity in parts of the world, such as South America and Asia.

How the decentralized Web3 will change everything (perhaps)

Web 2.0 still has some critical bottlenecks. The “root servers” that resolve numeric IP addresses into familiar words (like expereo.com) are centralized, making them a potential point of failure. (However unlikely that outcome is). While technologies like Border Gateway Protocol (BGP), which lets sites “advertise their presence” to the servers that make up a network node, can fail big-time—as even giants like Facebook and Amazon Web Services have discovered.

Hence the main feature that excites people about Web3 (which by convention drops the .0): decentralization. In a Web3 scenario, the mechanisms that bring order to naming and routing at layer 3 of the OSI model aren’t on a few root servers at the core of the internet; they’re on a blockchain.

With a blockchain, each node on the network carries its own copy of a “distributed ledger” containing information about where each server is and how to reach it. All those copies are updated by agreed-on protocols when a change occurs. So the network stays in business, even if part of it suffers a problem. Breakdowns are local; they don’t cascade out. (Allegedly.)

Properly configured, end-users on this new global internet won’t notice a difference. They’ll still connect to the web. They’ll still log into corporate databases and SaaS. And the security model will look much like today’s: authentication moving to the edge, zero-trust becoming best practice, and access to resources being granted on a case-by-case basis rather than “once you’re in, you’re in.”

But the Web3 idea enables several areas of innovation.

For example, a web with its addresses identified by a blockchain ledger, rather than a centralized root server, might be more fault-tolerant, with a local problem not affecting the whole network. Stores of value like cryptocurrencies or NFTs (non-fungible tokens) could be created and exchanged on the network itself, without needing a third party acting as a gatekeeper.  While groups of people could self-organize into DAOs (Digital Autonomous Organizations) and collaborate in a free and unencumbered way.

It may sound anarchic. But so did the early internet, and that worked out OK. So if Web3 really is the future, where does Expereo fit in?

Expereo’s role in a world changed by Web3

Decentralized networks, anonymous nodes, operating freely across borders. To a casual observer, that sounds like Expereo’s talents—negotiating network issues and optimizing traffic patterns to create the smoothest possible experience for the customer—are no longer needed.

Wrong. In a Web3 world, services like Cloud Acceleration and China Premium will be more necessary, not less. The reason: decentralization needs optimization, more than ever.

Imagine any “decentralized” situation where each participant applies its own rules: a party in an open field, a set of roads without signs, an ocean with no designated shipping lanes. There’d be chaos. Even if everyone agreed to co-operate, progress would be sluggish, as people and vehicles nudged and nosed past each other, fearful of what might happen next.

There’s an example of this on the internet already. Anyone who’s spent a Bitcoin knows how poor the experience is. It can take many minutes for a transaction to roll out across the distributed ledger; there are loopholes and bottlenecks where bad actors are rife.

Decentralized networks carry many opportunities—but efficiency and optimality aren’t among them. And that’s the issue Expereo solves.

Bringing benefits to a decentralized web

Many of the problems Expereo solves today are large in scale. China Premium brings intelligence to the peering issue between telcos across the PRC. Cloud Acceleration speeds up network performance by smoothing out traffic patterns, always looking for opportunities to improve.

In a Web3 scenario, these issues may be smaller in size—but vastly larger in number.

The inefficiencies of a DAO span many countries. The slowness of a database on a distributed ledger. The provisioning of an application owned collaboratively by its creators, whose resources are spread out across the network. Expereo will bring the same expertise to these problems that it brings to the global internet today: optimization. Improving data traffic patterns; finding efficiencies in your SD-WAN; resolving packet loss when peering; smoothing business broadband from your ISP. Applying the same skills to a changed web.

Because however the web changes from 2022 onwards, one thing stays certain. Businesses will always value optimization. Whether it’s using fewer resources, saving costs, or doing things faster and easier than before.

The more things change, the more they stay the same. Web3 may or may not be the next paradigm shift for the global internet. But one thing is certain: however the web evolves in 2022 and beyond, Expereo will be there to make it work for you.

Francois is a ccie certified senior solution engineer at Expereo. With almost 30 years of consultancy and design experience, Francois leverages his deep technical understanding of underlay, overlay and security to deliver innovative solutions tailored to your business requirements.

How technology can help your business thrive after a crisis

Five months ago, we saw businesses worldwide hitting the pause button. Today, with the ‘new normal’ starting to take shape, it is finally time to...

While ordering, implementing, and managing Internet connections should be relatively easy, the process of connecting your business to the Internet is...

7 things to consider before connecting your business to the internet

You would’ve thought that, by now, the process of ordering, implementing, and managing Internet connectivity for businesses should be relatively...